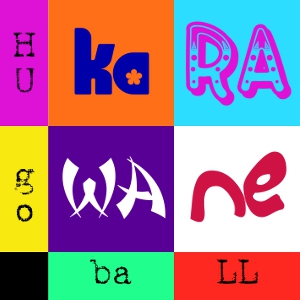 LibriVox volunteers bring you 17 recordings of Karawane by Hugo Ball. This was the Weekly Poetry project for December 5th, 2010. Ball wrote his poem "Karawane," which is a German poem consisting of nonsensical words. The meaning however resides in its meaninglessness, reflecting the chief principle behind Dadaism. Dada or Dadaism is a cultural movement that began in Zürich, Switzerland, during World War I and peaked from 1916 to 1922.[1] The movement primarily involved visual arts, literature—poetry, art manifestoes, art theory—theatre, and graphic design, and concentrated its anti-war politics through a rejection of the prevailing standards in art through anti-art cultural works. Its purpose was to ridicule what its participants considered to be the meaninglessness of the modern world. In addition to being anti-war, dada was also anti-bourgeois and anarchistic in nature.(summary from Wikipedia) For more free audio books or to become a volunteer reader, and for further information, including links to online text, reader information, RSS feeds, CD cover or other formats (if available), please go to the LibriVox catalog page for this recording. Download M4B (8MB)

Uploaded by librivoxbooks on December 12, 2010